What is a biographical dictionary?

All biographical dictionaries consist of an alphabetical arrangement of surnames containing the critical dates and events associated with the named individuals included in the dictionary. Biographical dictionaries can be compiled along general lines or restricted to specific occupations, professions (Artists, Musicians etc), or some other characteristics that the contents of a given dictionary share (dictionaries of women for instance or winners of Nobel prizes). In other words, in the case of general dictionaries, the individuals included may cover all types of human occupations from artists to zoologists or, in a dictionary with a more specific application, they may be restricted to given occupations, professions, or some other shared characteristic. They may also be current (in other words restricted to the living as in “Who’s Who”) or restricted to a specific period of time (e.g. 19th or 20th century, or some other defined period) within which those included died.

Biographical dictionaries also differ in the type of information supplied. In some cases one might only find critical dates and little professional or personal information while in others the compiler attempts to supply as much information as can be found (as is the case with the Scoop database where everything from home addresses to photographs are supplied wherever possible).

The record of each named individual included in a biographical dictionary will vary according to the extent of the research undertaken by the compiler and the extent to which evidence of a person’s life is available. In some cases no amount of research will unearth relevant facts for the simple reason that facts and evidence have just not survived. 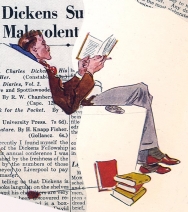